Besides for Synthetic Vision, the DELPHINS display system has been used for the creation of various Airport Surface Guidance display concepts. To combine high resolution for steering with sufficient preview, a so-called exo-centric frame-of-reference was used. Nowadays such a frame-of-reference is quite common in car navigation displays. 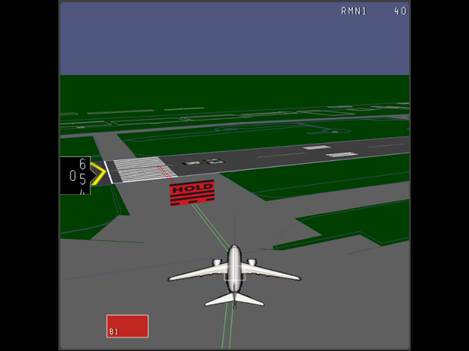 In preparation for the installation in the 2002 Boeing 737-900 Technology Demonstrator, in November 2001 a Boeing 737 Business Jet (BBJ) was used for integration testing. 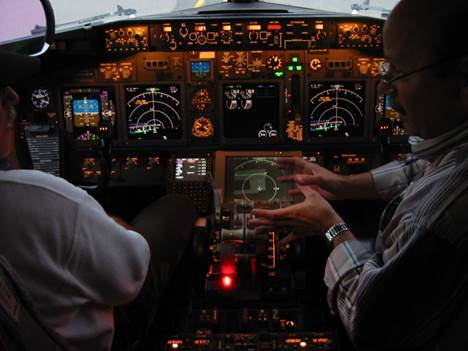 Below: Rockwell Collins team DELPHINS SGS during an integration test in the 737 BBJ. 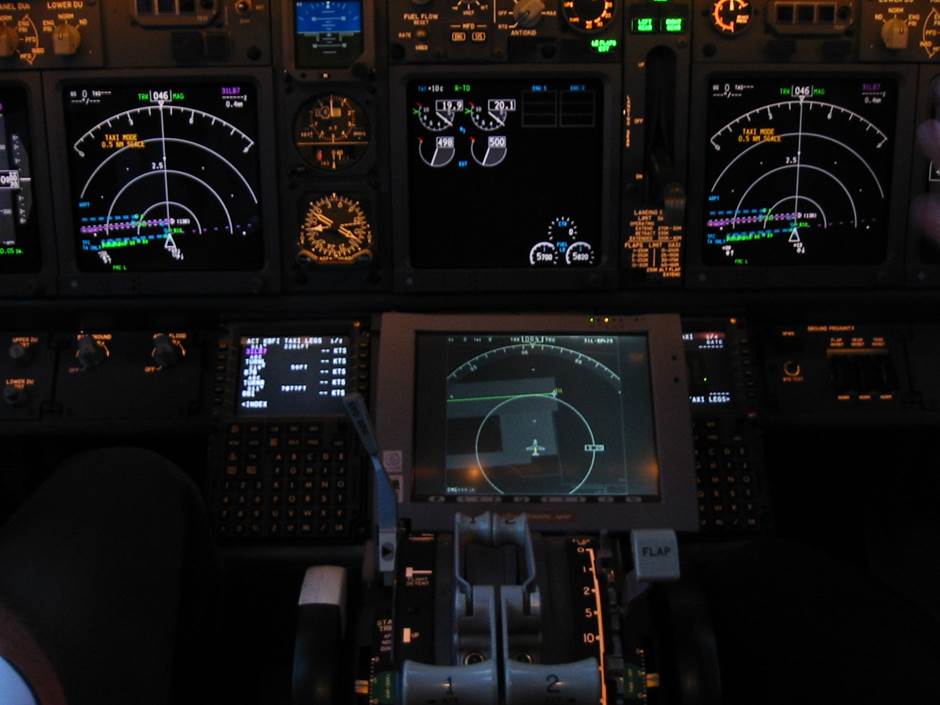 In 2002 the exocentric guidance format was part of the Rockwell Collins SVS flown on board the Boeing 737-900 Technology Demonstrator. 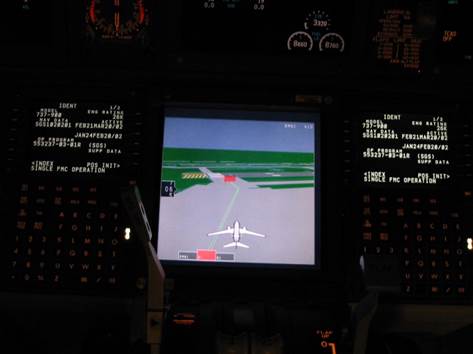 As part of the Rockwell Collins team on GVSITE project, the exocentric and plan-view surface guidance displays were flown on the NASA GV. 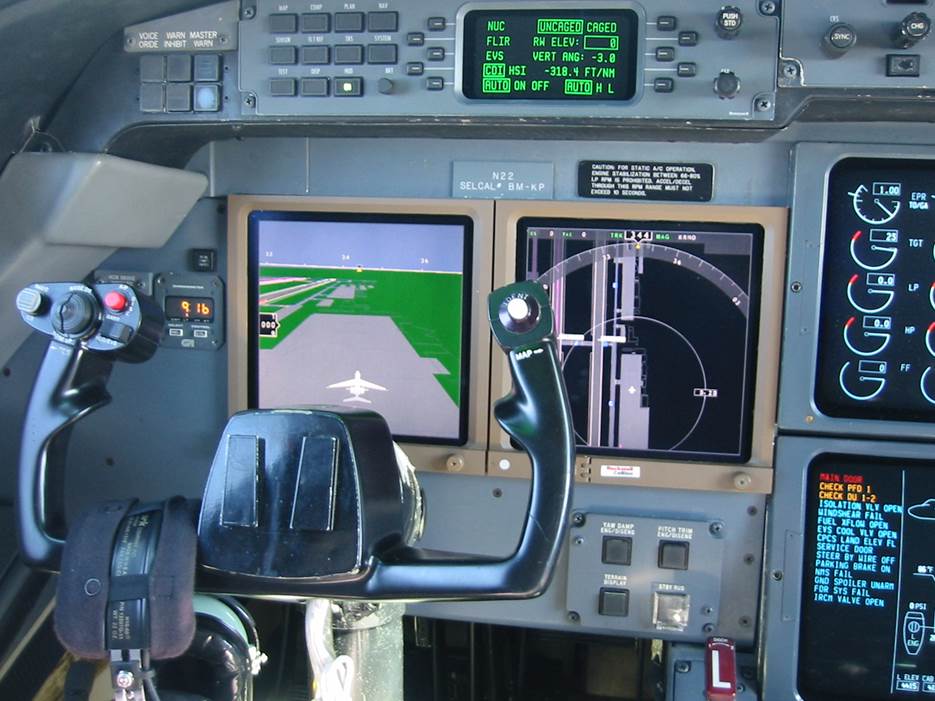 In 2005, the surface guidance concept was integrated into the research GCS of the Netherlands Defence Academy. A full mission simulation was performed and datalinked surface-routing capability was demonstrated. 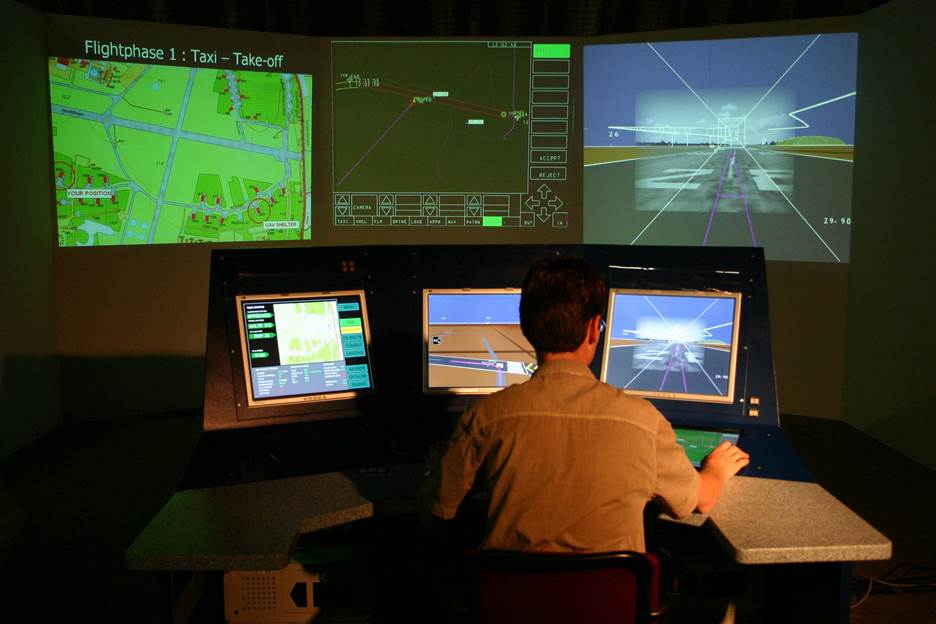 In 2005, the FAA Boeing 727 was equipped with the SVS system of the Rockwell Collins team for Terrain Following/Terrain Avoidance. This system also included the exo-centric taxi guidance display and the plan-view airport map. 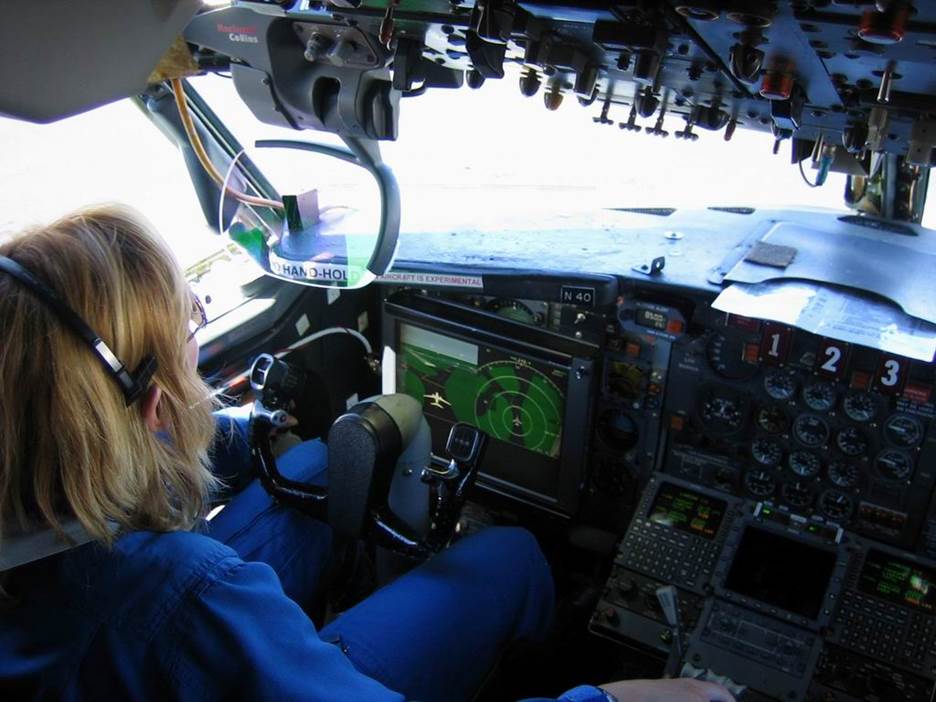 In the context of the NUP II+ project, an implementation of the plan-view navigation display on an Electronic Flight Bag (EFB) was performed. Functions included:

Routes could be updated using datalink, but pilot entry was also possible. 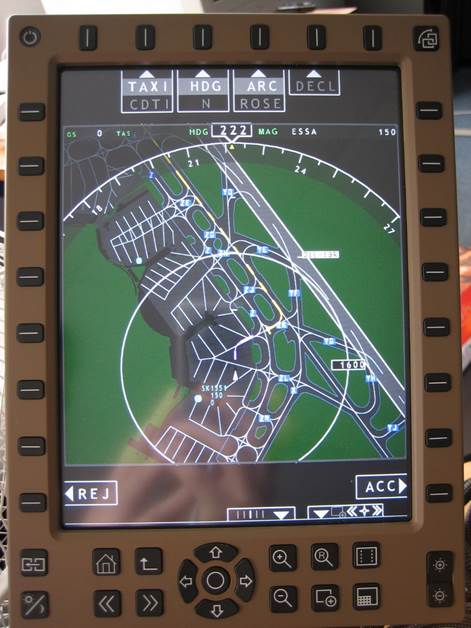 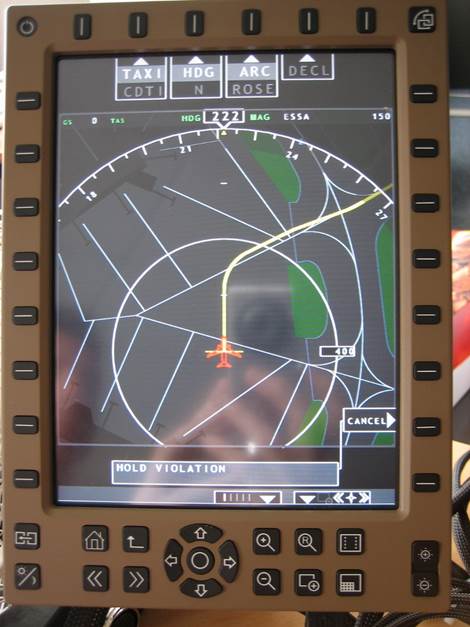 Another version of the EFB implementation was tested in a 737 from SAS. 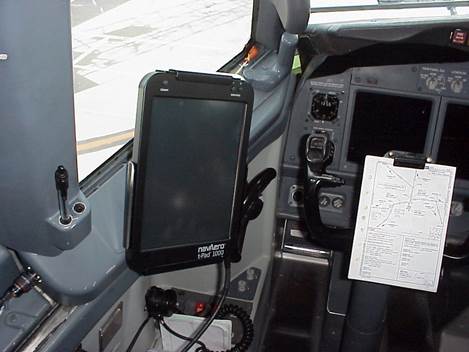 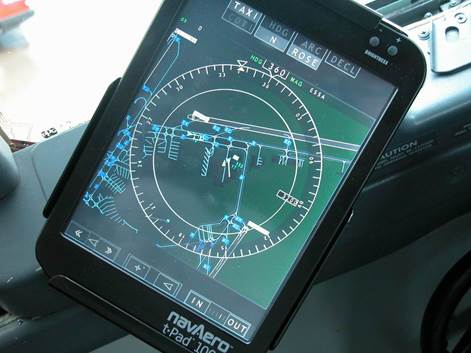